Flash Evaporation or Multistage Flash Distillation is a water desalination process to distil seawater by flashing the water into steam in multiple stages. Multi-stage flash evaporation plants produce about 60% of all desalinated water in the world, with the heat added in the brine heater usually coming as hot steam from an industrial process co-located with the desalination plant.

The desalination plant has a series of stages with a heat exchanger and a condensate collector. In sequence the process goes from a cold end through intermediate, to a hot end. The stages have different pressures corresponding to the boiling points of water at the stage temperatures. After the hot end there is the brine heater.

In Multistage Flash Distillation, the flashed off fresh water vapour entrains brine in the form of fine mist droplets. The brine droplets must be removed by demisters before the vapour condenses on the condenser tubes. If the demister does not operate efficiently, the entrained brine droplets will reduce the quality of the distilled water and will form salt scale on the outer surface of the condenser tubes.

The pressure drop across the demister causes the vapour temperature to drop in the passing through it. Although it is a small change in the vapour temperature, a large decrease occurs in the heat transfer driving force in the condensing tube section, requiring an increase in the required heat transfer area. Therefore keeping the demister temperature drop as small as possible can reduce the required heat transfer area by appx. 20%. (As the majority of the plant capital cost is for condenser tubes, this will decrease the plant capital cost).

Therefore choosing the optimum demister style (density, pressure loss, efficiency) is critical for the cost and performance of the system.

Materials typically can be 316 Stainless Steel or Monel. 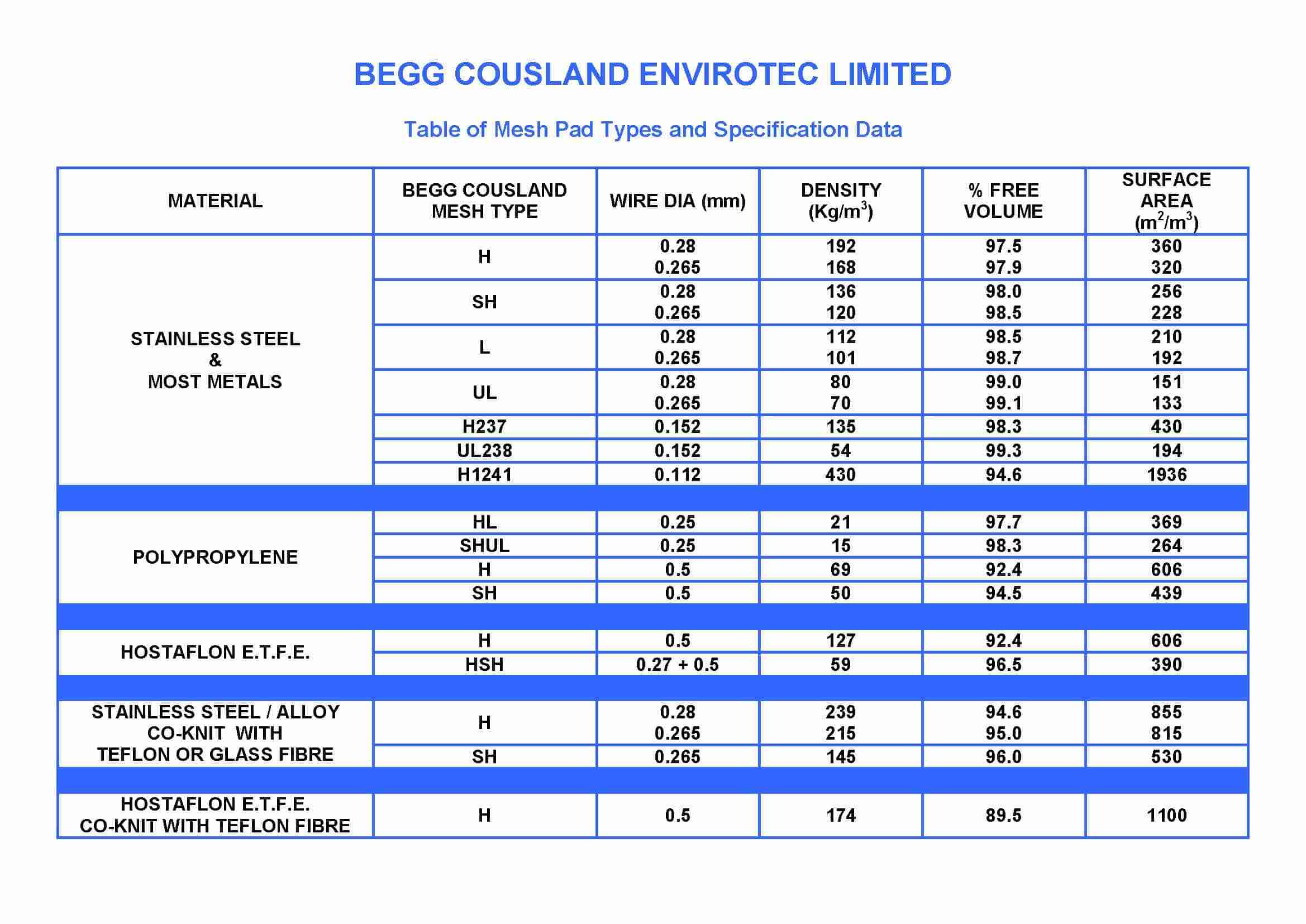